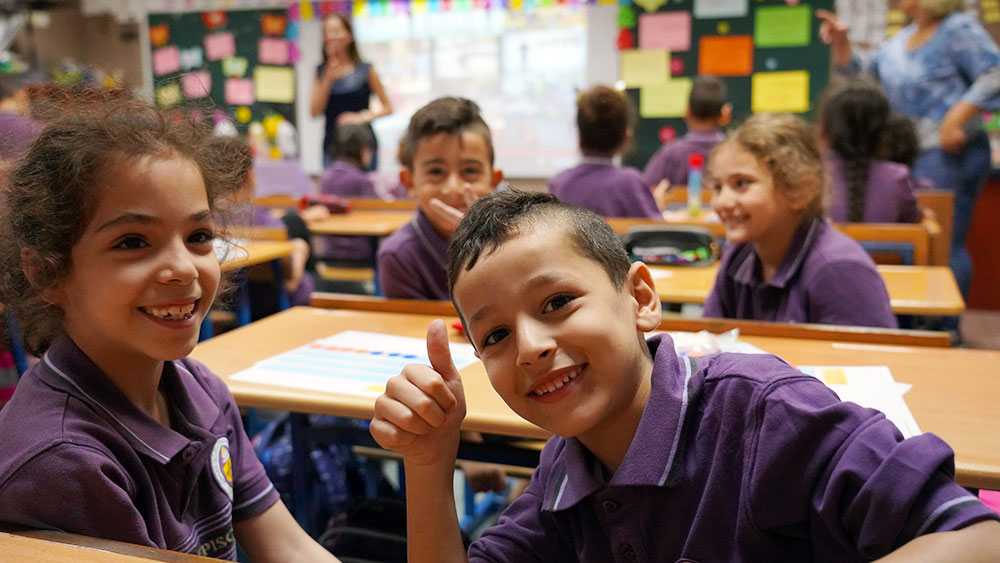 At a Glance
Christ Episcopal School

With a student population of 1,200 across grades K-12, Christ Episcopal School in Nazareth is the largest school owned and operated by the Diocese of Jerusalem. Founded in 1851 by the Church Mission Society, it has long served Palestinian Christian and Muslim students who are a minority in Israel.

As a Christian school in Israel, Christ School receives a limited government subsidy, which makes the contributions of AFEDJ donors increasingly important as the school works  to make tuition affordable for all qualified students.

According to school leaders, Muslim parents – whose children make up 85 percent of the students – turn to Christ School because of the quality of education and the values emphasized. Christ School offers an important foundation and head start for the minority population.

At Christ Episcopal School in Nazareth helping young Arab Palestinians become effective communicators is a top priority so they can find their voice to tell the world about the reality of Arab Palestinians who are citizens of Israel.

Your impact as an AFEDJ Donor

AFEDJ donors provide student scholarships and have funded many renovations at the school, including the playgrounds and media and communication studio
Please consider a donation today +

Transforming lives of the vulnerable and displaced in the Middle East through support of the Episcopal Diocese of Jerusalem and its schools, hospitals, and centers for children with disabilities